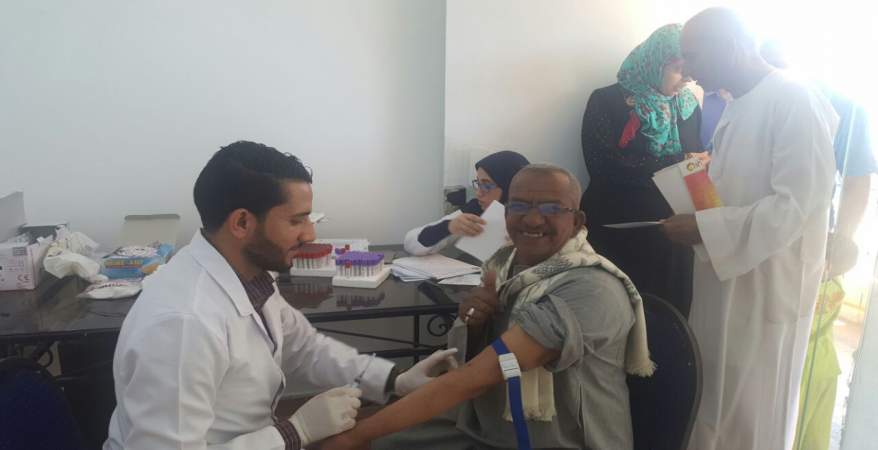 Egyptian Minister of Health and Population Hala Zayed stated on Wednesday that the ministry screened 6.5 million people in the second stage of the presidential initiative named “100 Million Healthy Lives”, which aims to eliminate the Hepatitis C Virus (HCV), and provide early detection of the virus, alongside diabetes and obesity.

Zayed added that in total, the ministry has screened 19 million people since the initiative was first launched in October 2018.

All patients found with HCV are being treated at no charge, the minister continued.

Health Ministry Spokesman Khaled Megahed revealed that the ministry has screened 375,926 students in the secondary stage since October 2018.

Alexandria governorate ranked first after the number of screened students reached 84,748, followed by 73,248 persons in Beheira, 65,428 persons in Asyut, and 56,352 persons in Qalyubia.

The infected students would also be referred to a medical unit, to receive treatment at no charge.

The “Tahya Masr” (Long Live Egypt) Fund claimed in an August statement that the Hepatitis C virus in Egypt would be completely eradicated by 2020, through one of the largest medical examinations in human history.

It added that 45 million people will be screened in collaboration with the United Nations’s World Health Organization (WHO) to prevent the disease, and tackle the country’s list of endemic diseases.