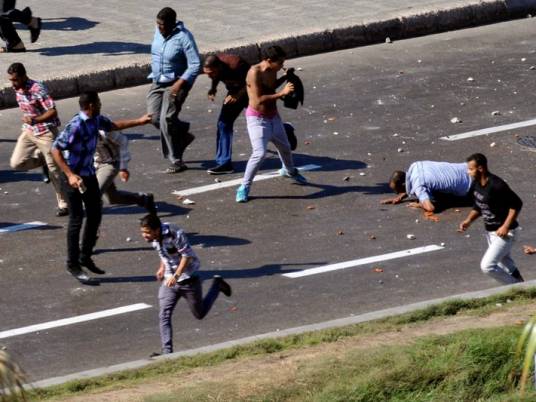 Interrogations allegedly found several Brotherhood figures were linked to clashes, through inciting violence, intimidating civilians and disturbing the peace in the city's Sidi Gaber neighbourhood following the military-led roadmap and ouster of Mohamed Morsy on 3 July.

The prosecution also decided to detain 85 other suspects pending investigations into clashes that took place on Friday around al-Qaed Ibrahim mosque in Alexandria.

The suspects will be held until investigations are concluded.