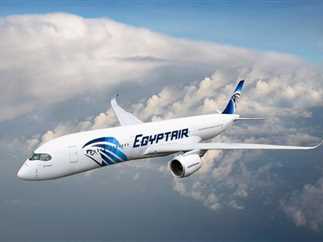 Under this protocol, the company will operate a weekly trip each Saturday from the city of Linz in Austria to the city of Sharm el-Sheikh in Egypt. The flight will take place starting May and will last for the course of one year. The agreement is part of efforts to bolster incoming tourism to Egypt.

EgyptAir signed the protocol in cooperation with the Egyptian Tourism Promotion Authority to enhance its presence in the Austrian market–a promising market.

The protocol was signed by Magdy Omar, Assistant General Manager of ETI, and Ahmed Wagdy, General Manager of the General Directorate of Networks, Planning and Fleet of EgyptAir Company, in the presence of a number of leaders of the two companies.

The MS3019 flight to Linz from Sharm el-Sheikh International Airport will take off at 17:30, arriving in Linz, Austria, at 21:50 on the latest Boeing B737-800NG aircraft. EgyptAir operates five regular flights to Vienna, on Fridays, Saturdays, Sundays, Tuesdays and Thursdays each week.