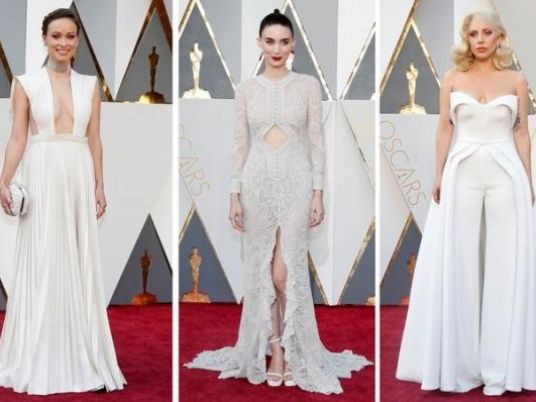 Fashion watchers gave Reuters their top fashion hits — and faux pas — on the Oscar red carpet, as stars took a twirl down the world's most watched runway on Sunday.
ERIC WILSON, INSTYLE FASHION NEWS DIRECTOR:
Best dressed: Cate Blanchett
"To see the flowers all over a dress like that, it brings a lot of whimsy to the red carpet, which I think it needs sometimes."
Fashion faux pas: Heidi Klum
"Certainly within her style that's not my favorite look. It looked a little too much like an explosion of confetti."
Trend you're tired of: Skin
"There's been an arms race to bare as much skin as possible. We had a whole summer [a while back] of bare midriffs. Now it's everything cut out. Pretty soon a doily will qualify as an evening dress."
ANDREA LAVINTHAL, PEOPLE MAGAZINE STYLE & BEAUTY DIRECTOR:
Best dressed: Charlize Theron
"Charlize Theron looks so beautiful. I don't know who designed her dress. I'm dying to know who it is. This is the really exciting, breaking news."
The verdict is out on: Heidi Klum, Whoopi Goldberg
"I'm going to be honest. I don't love Heidi Klum's dress. I am saying that politely. It's a lot of dress."
"Whoopi Goldberg's [octopus] jewelry was intense. But nobody is looking for her for red carpet trends. She's there to have fun, so it's not the end of the world for her."
Thank Goodness For: Lady Gaga
"You'd be so disappointed if she showed up in a black gown.
By the Oscars, you have red carpet fatigue from all the brunches and parties, you think 'Give me something good to talk about.'"
RICKIE DE SOLE, W MAGAZINE FASHION MARKET DIRECTOR
Best dressed: Charlize Theron, Alicia Vikander, Brie Larson
"All eyes from the fashion perspective were on Alicia and Brie since they're new faces and becoming fashion darlings."
Overall trend: Saturated color
"There have been so many jewel tones that have stood out, these bright colors that jump out at you."
Daring moment: Saoirse Ronan's earrings
"The most daring moment was Saoirse Ronan's mismatched earrings. That was quite clever."