Moody’s investors service said that Egypt’s commitment to economic reforms in cooperation with the World Bank and improvements in the private sector’s access to credit will increase the Growth Domestic Product (GDP) 5.5 percent by 2019 and 6 percent by 2021.

Moody’s added that macroeconomic and fiscal reforms that the government of Egypt has implemented in cooperation with the World Bank (WB) since November 2016 have helped move the economy toward a higher trend growth path and strengthened its shock-absorption capacity.

The completion of reforms on energy subsidies will increase the general government primary surplus in the fiscal year 2019/2020.

Moody’s clarified, “In particular, the extension of the consumer price indexation formula to most fuel types–supported by the adopted oil price hedging mechanism as backstop against oil price spikes–will shield the fiscal trajectory from oil price shocks and allow the fiscal deficit to decline.”

The changes in the structure of government spending towards more focused support for lower-income households and toward investment will help strengthen the resilience of the government’s fiscal position to economic and financial shocks.

The business environment reforms the government implemented in cooperation with the IMF aimed at shifting the economy to a more efficient and inclusive private sector-led growth model in light of the public sector’s balance sheet constraints.

Moody’s clarified that the period of very tight domestic financing conditions and low foreign exchange reserve buffers in the run-up to the flotation in late 2016 represented the domestic financial system’s close-to-maximum government funding capacity in case foreign investors would completely withdraw from the domestic T-bill market. Since then, gross financing requirements have declined from more than 50 percent of GDP in June 2016, and foreign exchange reserves have increased to six months of import cover from 2.5 months. 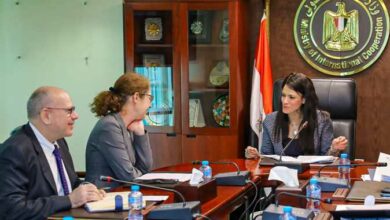