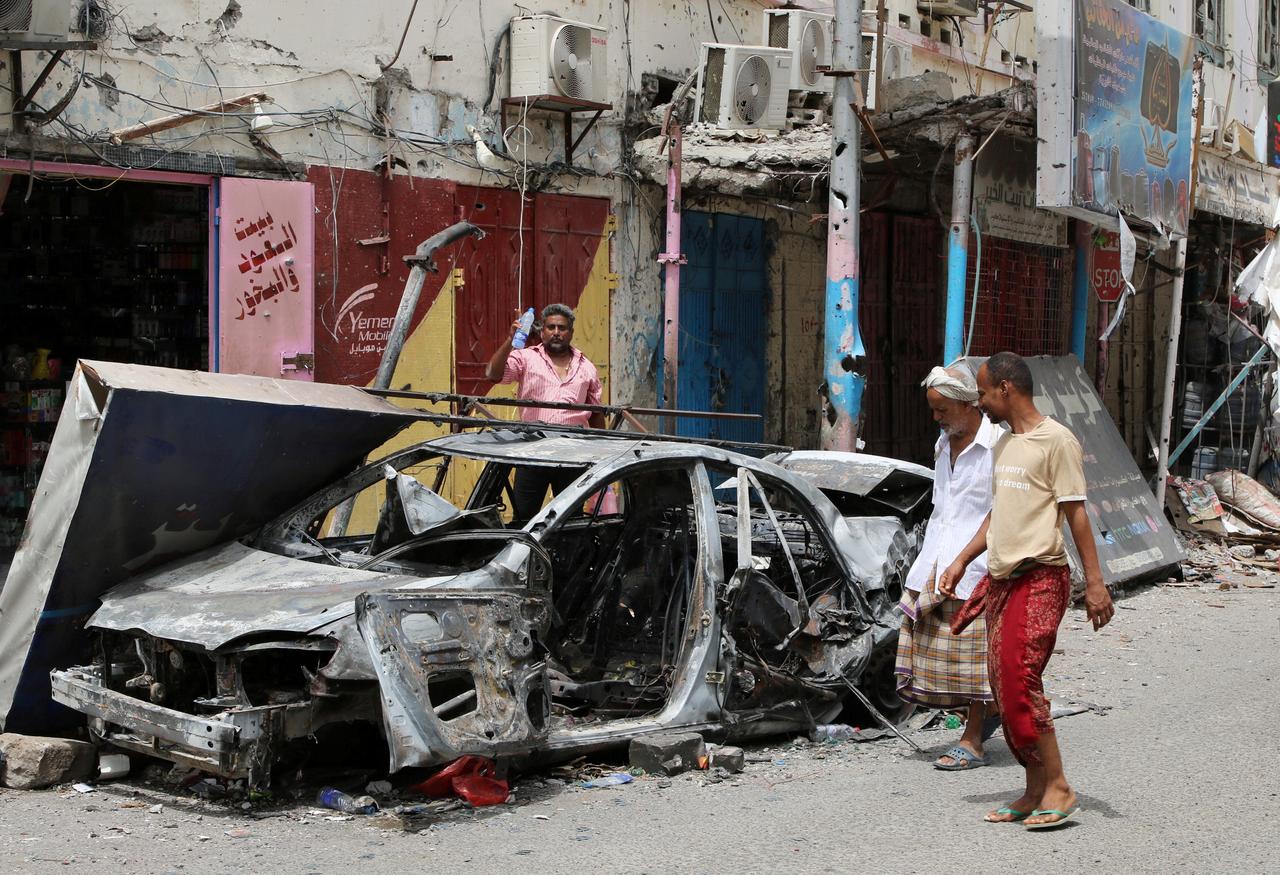 LONDON (Reuters) – Yemen’s southern separatists vowed on Wednesday to keep control over Aden, warning the only way out of the impasse that has fractured a Saudi-led military alliance was for Islamists and northerners to be removed from all positions of power in the south.

The separatists, who are supported by coalition member the United Arab Emirates, effectively took over Aden, the temporary seat of the Saudi-backed Yemeni government, over the weekend by seizing government military bases.

The Western-backed, Sunni Muslim alliance intervened in Yemen in March 2015 against the Iran-aligned Houthi movement that ousted President Abd-Rabbu Mansour Hadi from power in the capital Sanaa in late 2014. His government relocated to Aden.

Southern fighters are a major component in the coalition’s battle against the Houthis. But the war has revived old strains between north and south Yemen – formerly separate countries that united into a single state in 1990 under then-President Ali Abdullah Saleh.

The crisis has exposed a rift between Gulf allies Saudi Arabia and the UAE, which has echoed Riyadh’s call for dialogue among Aden’s warring parties but stopped short of asking the southern forces that it funds and arms to cede control.

“Giving up control of Aden is not on the table at the moment,” Saleh Alnoud, British-based spokesman for the Southern Transitional Council (STC), told Reuters in an interview.

“We are there to remain – but to remain for a positive reason: to maintain stability,” Alnoud said.

He said the only way out of the stand-off was for all elements of the Islamist Islah party – one of the backbones of Hadi’s government – to be ousted from all positions of influence along with any northern politicians.

The STC accuses Islah of being complicit in a deadly Houthi missile strike on southern forces earlier this month, a charge the party rejects. The coalition has promised military action against the separatists if they do not vacate government sites.

“Islah has been at the heart of this,” Alnoud said.

“That would be a very good start if Islah was removed from the whole of the south and allow southerners to govern themselves,” he said. “We consider the government was infiltrated or controlled by the Islah.”

One possible way out, Alnoud said, would be to hand over responsibility for security of barracks to the Security Belt, the military wing of STC, or Aden Police.

The Yemen war has been in military stalemate for years and Saudi Arabia and the UAE have come under pressure from Western allies, including those that supply them with arms, to end a conflict that has spawned an urgent humanitarian crisis.

The UAE in June scaled down its presence in Yemen, leaving behind thousands of southern forces it has built and trained.

A Yemeni official told Reuters that the separatist takeover was approved by the UAE and aimed at removing Islah forces.

The UAE foreign ministry and the government media office did not immediately respond to a Reuters’ request for comment.

The UAE is suspicious of Islah, which it regards as an offshoot of the Muslim Brotherhood, while Saudi Arabia has tolerated it because it props up Hadi’s government.

Analysts say the UAE drawdown and Aden events signal a rift between Abu Dhabi and Riyadh over the Yemen war, which Saudi Arabia cannot walk away from without neutralizing the Houthis who have stepped up cross-border attacks on the kingdom.

“Abu Dhabi now seems to be reconsidering the wisdom of Saudi foreign policy under MBS (Crown Prince Mohammed bin Salman), which has produced few tangible victories of note,” the New York-based Soufan Center said in a briefing on Wednesday.

A MESSAGE FOR MBS?

Alnoud said the Aden developments were the most significant turning point in Yemen for years and that southerners would no longer accept being sidelined.

At stake, he said, was the future of Yemen.

“The Saudis need to make a decision: do they want to win the war against the Houthis? If they do, then they need to recognize us – STC – to govern and manage the south even in the transition period,” he said.

Ahead of an emergency summit called for by Riyadh, Alnoud said he had a message for Prince Mohammed, Saudi Arabia’s de factor ruler.

“I would say to MBS: if you really want to win the war, the southerners have been credible partners, have shown they can engage constructively… but in return they need to keep the south clean from these corrupt Islah-affiliated officials.”

Alnoud said the peace process led by the United Nations was far behind and needed to catch up with events.

The U.N. is already struggling to implement a stalled peace deal in the main port city of Hodeidah, north of Aden, and ease tensions between Saudi Arabia and the Houthis to enable political talks on a transitional governing body to end the war.

So will the south break away?

“I am not trying to avoid saying we will break away because that is a real possibility now,” Alnoud said, adding one option was for two governments: one in the north and one in the south.

Reporting and writing by Guy Faulconbridge; additional reporting by Stephen Kalin in Riyadh; Editing by Ghaida Ghantous and Mark Heinrich