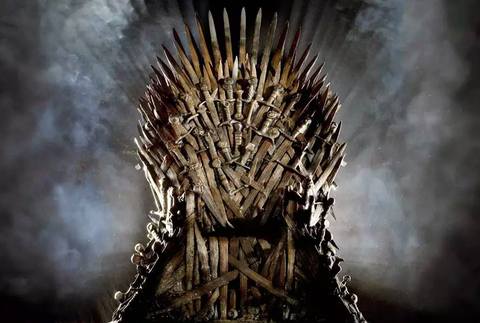 The final season of the most popular series in the world, “Game of Thrones”, premiered last night with millions around the world following the episode. The series has witnessed unprecedented numbers of viewers and has set many records, according to Sky News Arabia.

Soaring episode viewership is paired with a huge budget. The average cost per episode during the first few episodes was US$6 million. The ninth episode of the second season, Blackwater, saw a significant rise to US$8 million.

The cost of production of episodes increased throughout the seasons, reaching US$10 million dollars for a single episode during the sixth season.

Estimates indicate that the cost of producing one episode for the latest season has increased to US$15 million.

These figures do not include actors’ wages. The wages of actors range from US$200,000 to US$1 million per episode.

The ninth episode of season 6, Battle of the Bastards, is the most expensive episode in the history of the work, costing US$11 million with the use of a large crew of more than 600 people, 500 actors, 160 tons of gravel, 70 horses, 25 VFX artists and graphic designers, and four shooting crews to shoot the battle over 25 days.

The final season is expected to feature a huge battle that took the crew 55 days to complete.

More than 86,000 people around the world applied for participation as extra performers at their own expense for the fifth season.

The series has been broadcast in more than 170 countries. Time magazine described it as the most widespread artwork on earth, and said that its fans around the world are the most obsessed.

The series was filmed in eight different countries, including Morocco, and has contributed to rising tourism rates in Iceland and Croatia as the fans of the series travel to see shooting sites on the ground. It also contributed to a 15 percent tourism increase in Spain in 2014.

Authorities estimate that approximately 17 percent of tourists to Northern Ireland flock to the country to visit sites where the series has been filmed.

Game of Thrones has earned impressive awards figures, as well. The work holds a unique record as the drama series having won the greatest number of Emmy awards, with a total of 38 awards from 128 nominations.

In 2015, the series achieved a record for the greatest number of Emmy Awards attained in one year after winning 12 out of a total of 24 nominations.

Overall, the series has so far won 308 awards after 596 nominations from 82 different institutions. These figures include six Guinness World Records won in 2015 and 2016.

Record figures, even in piracy

The show’s record history not only comprises awards and viewership rates, but also piracy. Season 7 has been hacked more than a billion times (1.03 billion) since September 2017.

The creators of the series, in collaboration with linguist David J. Peterson, have invented several fictional languages in order build the kingdoms that have served as the fictional backgrounds for the show.

The series created the High Valyrian language, an artificial language of about 5,000 words and 9 dialects.

The series also invented the Dothraki language, which has more than 3,000 words and influences daily life. In 2012, 146 American-born girls were named Khaleesi, a Dothraki title referring to the wife of the khal (governor).

Another language called Skroth was invented to be spoken by the show’s White Walkers, but it was not used during the series.

Throughout the past few years, certain specialized sites and platforms have begun to offer courses teaching Valyrian and Dothraki languages.