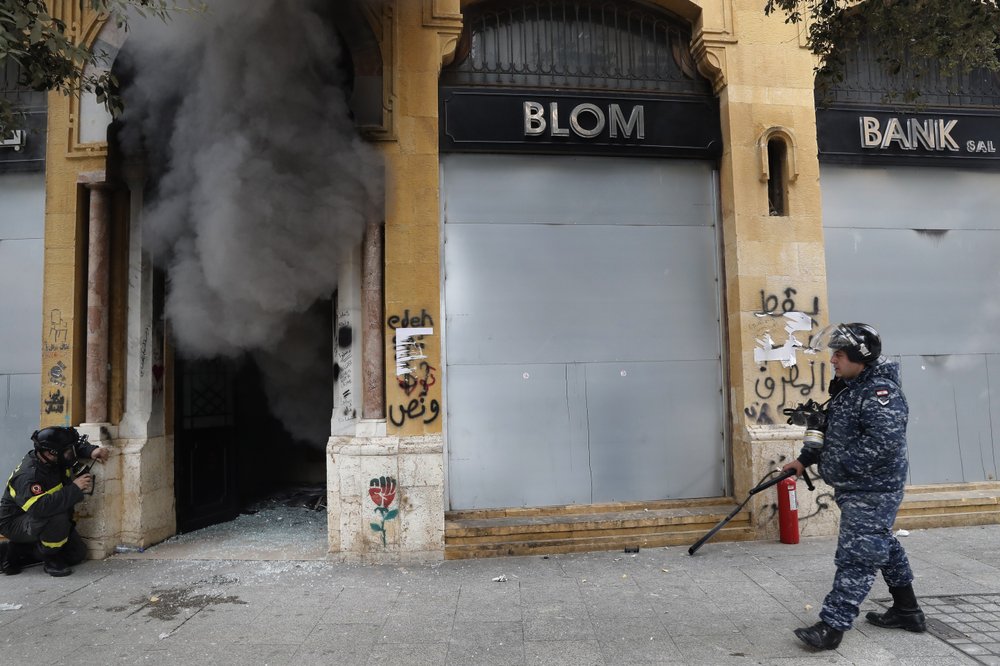 BEIRUT (Reuters) – A team of IMF experts met Prime Minister Hassan Diab on Thursday at the start of a visit to advise Lebanon on tackling a crippling financial and economic crisis.

The IMF has said the team will visit until Feb. 23 and provide broad technical advice. Lebanon has not requested financial assistance from the Fund.

The long-brewing economic crisis spiraled last year as capital flows into the country slowed and protests erupted against the ruling elite over decades of corruption and bad governance.

As the crisis deepens, hitting ordinary Lebanese hard, there is no sign of foreign aid. Western and Gulf Arab states that helped in the past have made clear that any support hinges on Beirut implementing long-delayed reforms to address root causes such as state corruption and bad governance.

Diab’s government, which took office last month with backing from the Iran-backed Shi’ite group Hezbollah and its allies, must decide what to do about upcoming debt payments, notably a $1.2 billion dollar-denominated sovereign bond due on March 9.

Finance Minister Ghazi Wazni said the meeting with the experts was to discuss what advice the IMF could offer on Lebanon’s rescue plan, broadcaster LBC reported.

One of Lebanon’s most influential politicians, Parliament Speaker Nabih Berri, said on Wednesday that debt restructuring was the best solution for looming maturities.

The Lebanese banking association said foreign investors had shown a willingness to negotiate a debt rescheduling.

Lebanon will on Friday review proposals from firms bidding to give it financial and legal advice on its options, a source familiar with the matter said. The government aims to take a quick decision on who to appoint, the source said.

So far, firms bidding to be Lebanon’s legal adviser are Dechert, Cleary Gottlieb, and White and Case, the source said.

Lebanon has issued requests for proposals to seven firms to provide it with financial advice.

The government on Wednesday formed a committee tasked with preparing an economic recovery plan that includes ministers, government officials, a central bank representative and economists, according to a copy of a decree seen by Reuters.

With hard currency in short supply, banks have been tightly limiting depositors’ access to dollars and blocking transfers abroad since October. The Lebanese pound has slumped from its official peg on a parallel market.

Dollars were being offered on Thursday at 2,450 pounds, reflecting a 60% weakening of the local currency, a dealer said.

Image: In this Tuesday, Feb. 11, 2020 file photo, a firefighter looks before entering a bank that was set on fire by anti-government protesters, as a riot policeman passes by, during a protest in downtown Beirut, Lebanon (AP Photo/Hussein Malla, File)